This week has provided us with yet another example of how the mainstream media has given up on political neutrality. How?  We’ll get to that in a minute, but first a very quick recap on what journalism schools and editorial boards generally deem to be “newsworthiness criteria:”

With those criteria in mind, let’s look at the fast one the media pulled this week:

Senator Elizabeth Warren’s ploy to embarrass President Trump with regards to her claimed Native American ancestry backfired.  When Senator Warren’s announcement that her DNA test showed her to indeed have Native American ancestry, the mainstream media were falling all over themselves to capture the “see, I told you so” moment.  Then more of the story surfaced.  The DNA test revealed that Senator Warren’s native ancestry was a minuscule percentage. Worse for her, the Cherokee Nation announced that the test didn’t tie her to a North American tribe at all, let alone the Cherokee tribes (which she had claimed previously), and denounced her. The entire episode has revealed Warren’s true character: She is a white woman unsatisfied with the supposed privileges thus bestowed, so she appropriated some grievance entitlement from a more disadvantaged group and tried to leverage it into political clout.

When that information came out, the media cranked up the emphasis on the Jamal Khashoggi story.  Khashoggi was a Saudi journalist/activist who entered the Saudi consulate in Istanbul, Turkey, supposedly for business related to marrying his fiancé. He didn’t come out alive.  After “investigating,” the Saudi Government offered the dubious explanation that Khashoggi died in a fist fight inside the consulate.

The assumption in the media is that Khashoggi was killed by agents of the Saudi government for his “dissident” writings. Why is the alleged murder of a foreign journalist half-way around the world more newsworthy than a US Senator’s political blunders and character self-destruction during election season?

While there is no doubt a certain amount of “wagon circling” going on among journalists in response to the probable murder of one of their own, there is another reason: The Khashoggi affair can fill the void caused by the failed Warren gambit: To make Republicans look bad right before the midterm elections.  How?  By attempting to paint the picture that the Trump Administration is taking it easy on the Saudi government over the Khashoggi investigation because looming sanctions against Iran threaten to upset oil markets. The reasoning is that President Trump needs the Saudis to increase oil production to replace whatever Iran will not be allowed to inject into the global market. This will theoretically keep oil prices stable before the election, benefiting Republicans.

The alleged blasé attitude of the administration towards the Khashoggi case couldn’t possibly stem from the fact that the US has absolutely no jurisdiction in the matter, could it?

The Warren story meets several, if not ALL, of the newsworthiness criteria, but the media de-emphasized it as soon as it lost its potential value to benefit Warren or damage Trump. Then they inflated the Khashoggi story – which normally might rate a short mention under the “conflict” or “timeliness” newsworthiness criteria – and are making it out to be an international crisis that the administration is mishandling.

The latest myths and legends that need to be debunked:

Global warming caused Hurricane Michael. Nope. It was a normal hurricane following a normal path during the annual hurricane season. There was nothing special about it as a hurricane per se.  It was so destructive because of where it hit: Places where there are lots of people and many expensive buildings and assets.  Thankfully, most of the people were evacuated and the death toll has been low.

America has one of the highest murder rates.  Simply not true. Our murder rate is in the middle of the pack. http://www.nationmaster.com/country-info/stats/Crime/Violent-crime/Murder-rate-per-million-people.

Violent crime is at an all time high. Again not true. In the age of the 24-hour news cycle, ratings wars, and alternative media, reporting of crime is pervasive, because it gets ratings.

The now solidly conservative Supreme Court (SC) will overturn Roe v Wade and multiple gun laws.  It might, but not on a whim. First, a relevant case would have to be appealed through the lesser courts, then appealed to the SC, then the SC would have to agree to hear the case – then it might overturn a law, or it might not. Much depends on the exacting details of the case and what precisely is being argued.

There are more than two genders. Not quite. Homo sapiens reproduces sexually, thus, as with other mammals, we come in two sexes: male and female. No doubt masculinity and femininity are scales. No doubt there are transgender people and intersex people and people with chromosome disorders. They might feel “non-binary,” or they might be hermaphrodites, or they may feel that they want to be the opposite of what their genitalia indicate. I’m not hating on any of them. But nothing suggests there is anything other than male and female characteristics being desired or undesired, hormone levels to manipulate, and male and female organs available for surgical manipulation. Humans haven’t evolved new sex organs, new methods of reproduction, or new genders, we’ve just reached a level of technological development and affluence where it’s possible to play mix-and-match between the two existing ones. 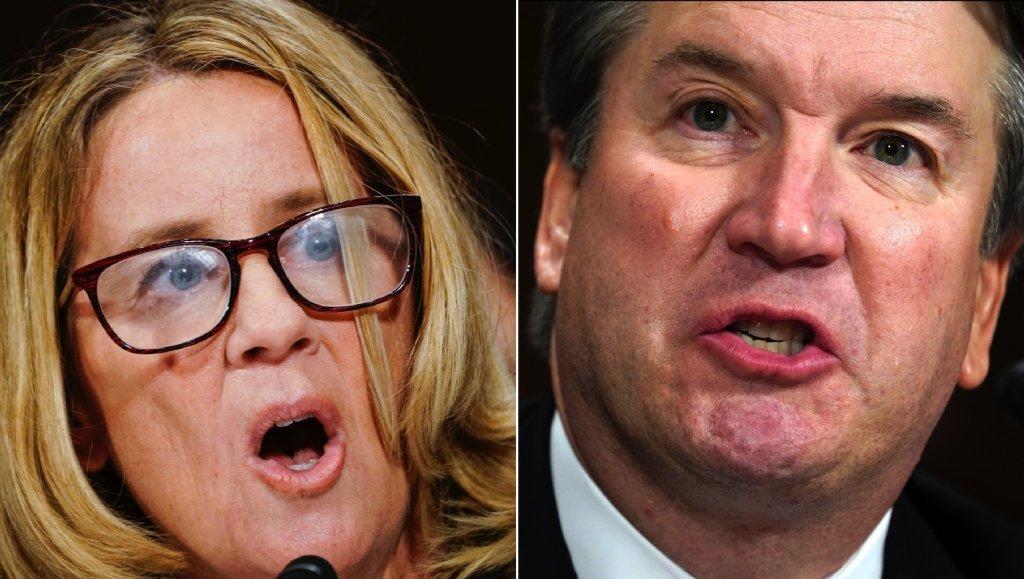