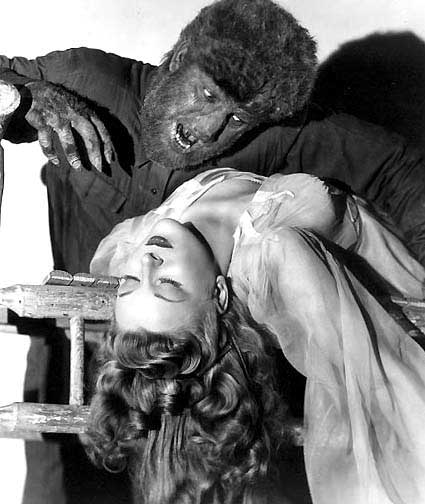 With all of the celebrity sexual misconduct coming to light in recent weeks, you might be tempted to believe that all men are created predators.  Certainly, some prominent figures want you to believe exactly that. But is it true? Let’s look at it.

To start with, homo sapiens are indeed predators – the most successful predators on the planet. In a very real sense, we are animals: vertebrates, mammalians, primates, at the very top of the food chain. Or at least we still have all of the genetic traits of animals, including the drive to survive – both as individuals, which we fulfill by eating, seeking shelter, etc., and as a species, which we fulfill via the individual drive for procreation. With a few specific exceptions, we use the same physical equipment and engage in similar behavior for both drives: We use our senses and our appendages to seek out suitable “subjects.” This makes it is easy to equate predation for food with “predation” for sex.

Much more recently we evolved the capacity to reason. Some animals can adapt their surroundings to themselves in very limited fashion. A variety of animals make nests. Termites can make temperature-controlled mounds.  Various other animals have some rudimentary problem-solving skills. They can use a stick to dig, or a rock to smash open a nut. Some very bright primates can even use sign language to communicate with humans. But no other animal can derive abstractions from concretes and principles from abstractions. No other species has mastered fire, or the ability to make more complicated tools out of simpler ones, or to make written language, or to do any of the myriad other things that only humans do.

This highest function has given humans something no other animal species has: the ability to consciously override our most basic drives. In contravention of the drive to survive, humans can commit suicide, go on hunger strikes, and take crazy physical risks.  In contravention of the drive to procreate, humans can be chaste, or they can resist the full force of the sex drive in subtler ways, such as monogamy and self-restraint, for example. Holding our animal natures under a degree of restraint has enabled the rise of civilizations.

In the case of the ongoing sexual misconduct revelations in the mass media: clearly, many powerful men have either chosen to stop being civilized, or they felt entitled to take such liberties as reward for their prominence, or both. Dozens (and perhaps hundreds, by the time the dust settles) of men will be implicated. This is not typical of all, or even most, males. If most males engaged in such behavior, there would be no such thing as civilization; we would be stuck at the hunter-gatherer stage of technological advancement.

So, what about women? Just as surely as men, women have animal drives. In females, the drive to procreate manifests in attraction to males who are best suited to ensure their offspring achieve physical maturity.  The preferred indicators of such suitability vary among women, but they boil down to “Alphaness.” A suitable male might be regarded as such for his dominance (not domineering) behavior, wealth, physical appearance, intellect, confidence, prominence among others, or some combination of such factors. Regardless, a male with a high degree of “Alphaness” will be more attractive to more women than a male with less.

In the context of cases now being played out in the media: There are women who are naturally attracted to prominent men for their “Alphaness,” such as the ones now being revealed for their sexual misconduct. While it is true that no criminal liability should attach to the victims of sexual misconduct, it is fallacious to think that any and all such victims were selected completely at random. Predators look for easy prey. So, what was it about these victims that screamed “prey” to these predators?  Youth/inexperience. Incapacitation/innebriation. Low situational awareness. Low confidence. Isolation. False or misinterpreted willingness signals. It could have been any combination of any of dozens of factors.  If sexual predators can notice these “victim signals,” they are ipso-facto noticeable. We can identify them and teach people how to avoid giving them – or to mitigate their effect.

So, what can we make of this?