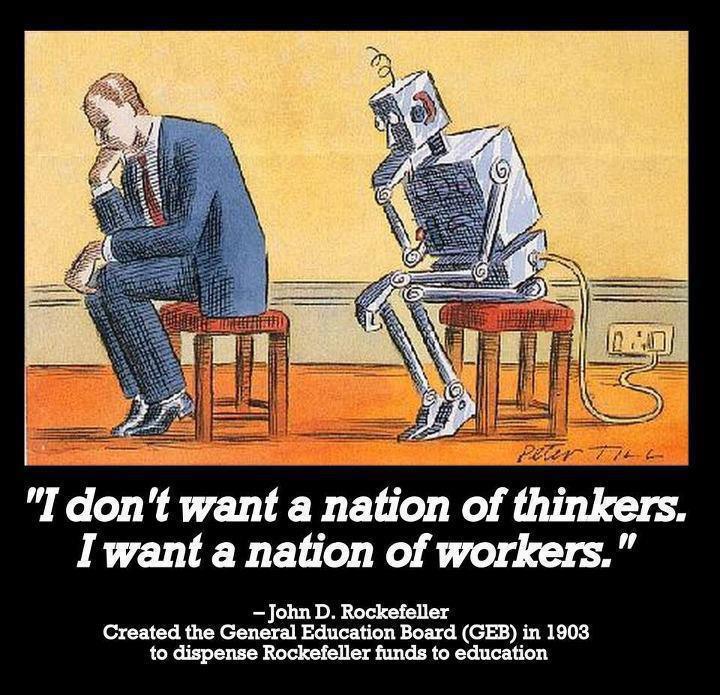 Using the analogy of the Matrix movies, last week I posited that two philosophical traditions are vying for primacy over our minds.  One of them, the “blue pill,” offers a fantasy.  Conversely, “red pill” traditions require mental rigor.  They are not so easy to follow, but they flow from and describe the true nature of reality.

The most insidious facet of the “blue pill” is that it works best when it is proffered early in a child’s development…and its greatest efficacy lies in “armoring” the developing mind against the “red pill” before the child even knows there is an alternative. Our school system is the primary dosing mechanism for instilling “blue pill” thinking.

“Education is a system of imposed ignorance.” ― Noam Chomsky, Manufacturing Consent: The Political Economy of the Mass Media

How can that be? Our kids learn reading, math, and science, don’t they?  With those subjects, they are equipped to learn anything else, aren’t they?

Our schools certainly present those topics. It is in how they are presented that the crime lies. Our education system “standardizes” kids by teaching them facts and theories but neglecting context. It forces the “blue pill” on kids in several basic ways:

This model was imported from Prussia and/or instituted in the early-to-mid-1800s. The Prussians devised their system independent of any relationship to individual liberty or freedom.  The Prussian system had three tiers.  The vast majority (94%) of the population was to be adequately prepared to function and contribute, but not think for themselves or lead, at volksschulen.  The other 6%, those from elite families, were destined to rule or manage.  They received educations more geared to critical thinking.

In the US, the Prussian model was implemented in part to “Americanize” (i.e. instill WASP values in) the many Catholic immigrants coming in from Italy and Ireland.

“A small number of very passionate American ideological leaders visited Prussia in the first half of the 19th century; fell in love with the order, obedience, and efficiency of its education system; and campaigned relentlessly thereafter to bring the Prussian vision to these shores. Prussia’s ultimate goal was to unify Germany; the Americans’ was to mold hordes of immigrant Catholics to a national consensus based on a northern European cultural model. To do that, children would have to be removed from their parents and from inappropriate cultural influences.”

So, you know how we are often told that our kids are continually ranking lower on literacy and math than other developed nations, i.e. that our schools are failing?  That we must “invest” more public funding in the schools?

Understand that in the most basic sense our schools are not failing at all; they are doing exactly what they were designed to do: make the vast majority of kids swallow the blue pill and grow them into good consumers who are smart enough to run the machines and think what they are told to think by their betters, but not smart enough to think for themselves and run the businesses or lead the country.