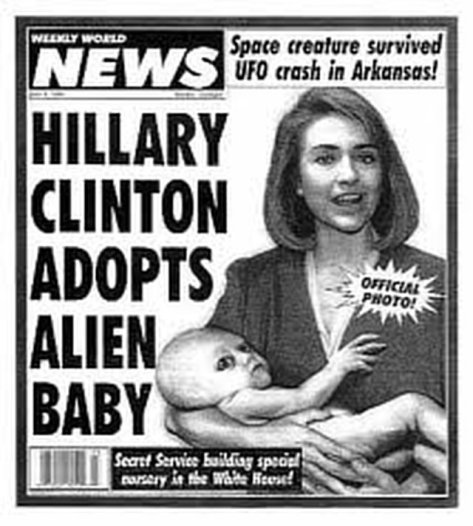 The comentariat would now like us to believe that Trump won the election due to fake news promulgated on social media, mainly Facebook.  To be sure, there is plenty of fake news to go around.

There are entire sites that publish nothing but fake or exaggerated news.  They craft lurid headlines that allege massive conspiracies, celebrity deaths, and imminent global crises.  They are the internet equivalent of check-out lane tabloids.  They are click-bait.

But what are we to make of the elite media machines, such as the New York Times or CNN, when they fake the news?

Sometimes, the culprit is a single reporter, such as the plagiarist Jayson Blair at the New York Times, or the embellisher Brian Williams of NBC Nightly News.

Other times, a piece of bad journalism corrupts an entire reporting team, up to and including a star anchor, such as the CBS debacle over unverified Air National Guard memos regarding then-presidential candidate George W. Bush’s background, which ultimately led to Dan Rather’s ignominious departure, or NBC’s  fabricated 1992 story about Chevy pick-up trucks that catch fire in a side impact (when the have been appropriately rigged to do so at the behest of the news crew).

Occasionally, a network reports accurate facts of a story, but gets caught creating phony drama and “atmospherics” for no discernible journalistic purpose, as when CNN was covering the Jodi Arias trial. Reporter/commentators Asleigh Banfield and Nancy Grace were televised conferring on a split-screen as if they were linked by satellite across the continent…when they were in fact mere yards apart in the same Phoenix parking lot.

Most recently, CNN “contributor” Donna Brazile introduced a new wrinkle to the fake news follies by trying to ensure a story would unfold the way it had been pre-ordained by giving debate questions to the Clinton campaign in order to help cement Hillary’s election as the first female president.

More often, though, the main-stream media is not so brazen as to completely fake the news or plagiarize stories. Yet they are still not the “fair and balanced” purveyors of fact they would have us believe. More often than they would like us to know, they are just guilty of not digging into things, or of regurgitating proffered talking points, or of going with the flow.  Why do more work than you have to?

You do so because sometimes peoples’ reputations, or even their lives, are at stake.  The Duke Lacrosse players.  The Rolling Stone – U. Va false rape case. Officer Darren Wilson of the Ferguson, MO Police Dept. Geraldo Rivera’s antics in Iraq.

Even when others’ lives aren’t at stake, the media have to know that their own credibility is.