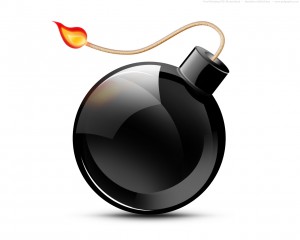 Our public education system has done little to truly educate our public. Since the Department of Education was signed into existence 44 years ago, and after spending a trillion dollars or so, test scores have remained roughly flat and educational rankings have stayed middling compared to other developed and developing nations. This is abysmal news – if the goal is truly to educate the populace.

But what if genuine education is not the goal?

Our primary and secondary education systems are always referred to as “free,” yet they have cost Americans something like $1 trillion over 44 years (just at the Federal level). Indeed, we spend more money per-pupil than any almost any other country. Our FREE, $1 Trillion, among-the-most-expensive-in-the-world system is mediocre at best, worthless at worst – to you.

When college is free, it will also be mediocre-to-worthless – to you.

When healthcare is free, it will also be mediocre-to-worthless – to you.

When generations of Americans have been taught how and what to think by the state (for example, that the one of the world’s most expensive education systems is somehow “free”) from preschool age to the Ph.D. level, and when Americans’ lives depend on the state “giving” healthcare (provided by graduates of the mediocre-to-abysmal, “free,” expensive school system), then such systems will have proven quite valuable to the elites who run the state – they will have given the elites control over you.

When asked what kind of government our new country has, Benjamin Franklin is widely quoted as stating “a republic, if you can keep it.”  Apparently we could not.  It’s almost universally accepted these days, to the point of being taught as fact in schools, that we have a democracy. Yet our Constitution outlines a republican form of government with three branches (Executive, Legislative, and Judicial) that functions with some democratic processes. (You can check this for yourself – the word democracy does not appear anywhere in the Constitution or Declaration of Independence).

Unfortunately, we’ve accumulated three additional, unofficial branches of government, and devolved so far from our Founder’s vision that we may no longer have either a republic or a democracy, but an oligarchy (i.e. a form of government where power is held by small group).

What are the three “unofficial” branches that the oligarchs use to wield power?  The donor branch, the media branch, and the education branch; all run by the so-called “elites.”

I’ve written before about the “elites” that steer this country, and you’ve probably read or heard others speak of them without really explaining the composition of the group.

Who are the elites in the United States (international elites are another subject)? They are people at the head of the three legitimate branches and the three “shadow” branches of government. In influential order:

The President of the United States: Head of State. Head of Government. Chief Executive Officer of the Executive Branch and Commander in Chief of the military. The incumbent holds possibly the most influential position in the world; certainly whoever occupies the Oval Office wields the most diplomatic influence backed by the most extraordinary military.

The donor class – the folks who provide significant funds to politicians, PACs, and campaigns and are owed favors and quid pro quos. Think George Soros, the Koch brothers, corporate lobbyists, and the like. If we could dig deep enough, we might also find drug lords and other organized crime dons in this class.

The rest of the elected politicians at the Federal level: the 535 members of Congress (the House of Representatives and the Senate), plus the vice president.

Next come political appointees: ambassadors, cabinet secretaries and other cabinet-level executives, federal judges, and military combatant commanders and the Joint Chiefs of Staff – and the emeriti of these positons – e.g. Henry Kissinger.

There is some overlap between the politicians above and the influencers in their networks. These are their fellow Ivy-League and service-academy alumni, corporate and institutional boards, bank chairmen, media moguls, etc.

Perhaps at the bottom rung of the elites are the folks who try to influence us more directly. This group is largely composed of the academic and think-tank intelligentsia and “on-air talent” in the mainstream media.

Perhaps not really elite, but still somewhat culpable for the direction of our country: The entrenched bureaucrats just below the political appointee level. They provide institutional continuity across multiple administrations – and they are largely not accountable. Not because they don’t “report” to anyone, but because it’s so damn hard to fire someone in the Federal government, and because they can just outlast the appointed bosses that can fire them.