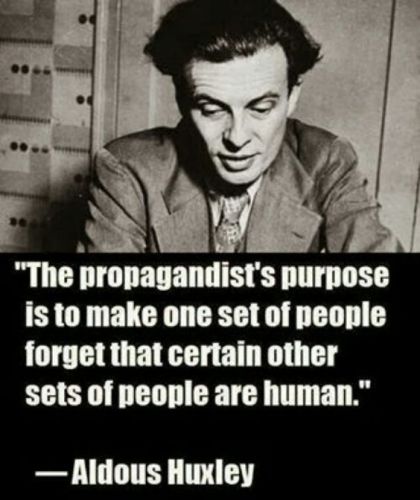 One of my brothers is a police officer.  He once had to shoot a man who would have otherwise shot him.  It was a case of “suicide by cop,” a phenomenon where a suicidal person decides to credibly threaten police officers with deadly force, thereby leaving the officers  little choice but to defend themselves and shoot first.  My brother regretted that he had to take such drastic action, but he felt very little remorse for the man he had to shoot, and rightly so, for the “man” gave up his heritage of reason the moment he pointed his gun at my brother.  Our ability to reason and to make value judgments is the thing that separates us from animal barbarism. Negating that ability is a reversion to the animal.

One of the “narratives” energizing social media is a call to end hate and live in peace.  Most of us don’t hate.  I know I usually don’t have the time or energy for it.  It has been said that the opposite of love is not hate, its apathy.

I contend that people that recognize other individuals as distinct human beings and treat them as if they matter, matter. Conversely, those few monsters among us who fail to recognize the most basic reality of human life, the distinctiveness and value of individuals and their right to exist, and act on that failed recognition to rape, torture, and kill, are dehumanizing others. In so doing, they dehumanize themselves, and forfeit any moral claims they have to rights. They have morally ceased to matter, and they don’t deserve the energy it takes to hate them.  They deserve instead our revulsion and apathy – in the same way we are repelled by, yet apathetic about, cockroaches.  When cockroaches remain in the sewer, we let them be, but when they intrude into our lives? We exterminate them.