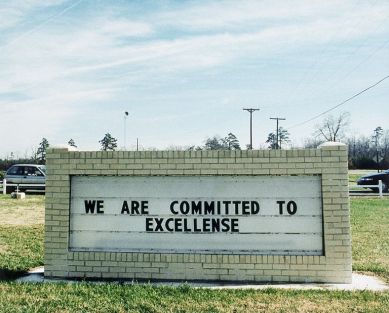 Teachers in my state are currently pushing for higher salaries and better funding. For they most part, they do deserve higher salaries.  But there are some education and teaching realities that our governments, our public education system, and teachers’ unions would rather we not notice.

We are supposed to believe that public schools are the best place to put our kids, yet homeschooled and private school kids generally do better on the SAT.

We’re supposed to believe that public schools have such a dismal record on test scores because they are so under-resourced, yet public schools have the highest average per-student spending of the three. And federal spending, which went up 375% over 30 years, has done nothing to improve test scores. And private school teachers make less money and have fewer benefits.

We’re supposed to believe that only a qualified, professional teacher is capable of teaching our children, but we’re supposed to ignore that parents can and do teach their own children just fine – else the kids wouldn’t generally be speaking or potty-trained before they get to pre-school or kindergarten. We’re also supposed to ignore that “Research over the years has indicated that education majors, who enter college with the lowest average SAT scores, leave with the highest grades.”

We are supposed to lament that a teacher might pay a few hundred dollars out of her own pocket for materials she desires in her classroom, but we’re seldom informed that a mechanic, welder, plumber, or electrician fresh out of trade school has to spend $7-10,000 or more on tools, or that a new cop might have to spend $2-3000 for her body armor, weapons, footwear, and leather gear. And an independent trucker? A new semi runs $115-125,000 off the lot, but runs to $400,000 for parts, tires, and service over a 15-year expected lifespan. And that doesn’t include fuel, taxes, insurance, or other expenses. Our independent trucker may have to gross $180 K in order to bring home less than a teacher’s salary!