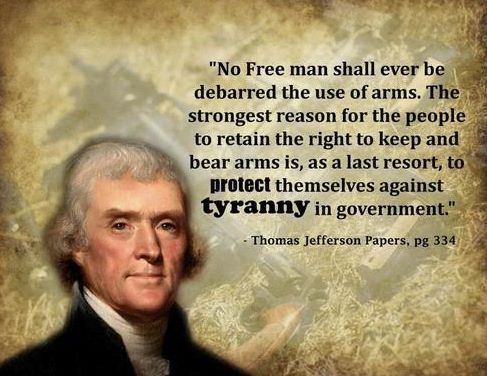 Here’s my take on the bitter firearms dispute vitiating our country. I offer my commentary without vitriol. No contempt. No condescension. No name-calling, baiting, or inflammatory rhetoric; just exposition.

Obviously, we have a fundamental philosophical difference.  I don’t know, but I suspect that your apprehension over firearms is energized by a belief that it is the government’s responsibility to protect the citizenry from harm, and that you see firearms in private hands as a huge threat, especially given horrific mass shootings.  Ergo, the government should further regulate firearms or ban them outright. If I am articulating it wrong, please correct me.

I can’t speak for every pro-gun rights person, but I suspect most of us subscribe to a quite different interpretation of the government’s duty to protect us than you do.  I see it like this:  All of us have the inherent right to defend ourselves from immediate violence.  It would be nice if there were always a police officer around to intercede on our behalf, but that’s just not feasible, so we compromise.  We retain the ultimate individual right to self-defense, but we delegate the right to retaliate after the fact (via impartial criminal prosecution and punishment) to government.

So far, you may not see a large gulf between our positions.  Yet there is a significant one:  It is my position that the right to self-defense is absolute.  By that I mean that I have the right to defend myself from ANY initiation of violence (or the imminent threat of same) from ANY initiator – up to and including government agents, should they act in the absence of due process or turn overtly tyrannical.  A shotgun or revolver is hardly proportional to such a threat. Since our own government, should it turn tyrannical, and the forces of other governments, should they unwisely choose to invade this country, possess weapon systems of devastating destructive power, it is more than reasonable for a free individual to possess mere firearms to stand in opposition, even if such opposition must take the form of a covert insurgency. It is reasonable that a free person possess firearms identically lethal to those his oppressors routinely bear.

Does that mean I think private individuals should be able to go down to “Booms-R-Us” and buy guided missiles and tanks and chemical weapons?  In the absence of a better argument, I’ll accede to this principle: the more indiscriminate a weapon is, the harder it should be for anyone to obtain.  That principle is already largely in effect. Regardless of anybody’s desire, there is no “Booms-R-Us” to go to in this country. Even if I wanted to, I couldn’t legally buy a grenade, landmine, or bomb as a private citizen without an enormous amount of oversight, if at all. Conversely, hand-held firearms currently legal for possession are discriminate enough that law-abiding individuals should not be further barred or banned from buying and possessing them, regardless of militarized appearance, magazine capacity, fire rate, trigger function, or other minutiae, or whether some sociopath or jihadist has used one to commit mass murder.

There has been, and will continue to be, all manner of legal wrangling over the exact meaning of the oddly-phrased Second Amendment within the bounds of “the letter of the law.” However, the Founders made the spirit and intent clear in their other writings.  The Second Amendment does not primarily protect the right to hunt or compete at the skeet range, that protection is a byproduct.  It protects the individual right to self-defense. (Don’t take my word for it; the Supreme Court has said as much in D.C. vs. Heller.) A populace that can assassinate tyrannical leaders and their henchmen and fight a well-equipped guerrilla war against its oppressors is a populace that will not be easy to subjugate. The purpose of the Second Amendment is to guarantee that America has such a populace.

If we look at our positions from a purely logical standpoint, I posit that we are arguing from different premises: The pro-gun rights argument rests on the premise that individuals have an inherent and inviolate right to self-defense, and that our government is obligated by the Second Amendment to protect that right through non-infringement on keeping and bearing arms. If I have not misread the argument for the gun control faction, your premise is that government’s obligation to protect our rights gives it (or should give it) the purview to limit the potential for anyone to cause harm.

I contend that the more power you give to the government to prevent anyone from causing harm, the more pathological personalities you will attract who seek to wield that power…to cause harm!  Eventually, you will get a card-carrying totalitarian who will turn the United States into a Venezuela or an Iraq, or worse. The alternative is to accept some risk with your freedom: occasionally, a nut with a rifle will kill a bunch of innocent people.  The proper mitigation to both threats: A populace that can shoot back!

There are many aspects to the tragedy in Orlando that defy reason, but we may yet be able to put many of the chaotic elements into context and derive some small degree of understanding.

Keep in mind the following as you watch the news and listen to the pundits and demagogues:

As we’ve discussed elsewhere, the news networks’ primary job is to sell advertising. They will dwell on every aspect of this story as long as they can in order to keep you coming back to watch commercials find out the latest breaking wrinkle.

The anti-gun fanatics will exploit our fears in order to advance their agenda to ban ___ (take your pick of anything gun or gun-related).  They’ll be sure to shout that this was the worst shooting in US history.  That might be true if you discount several massacres of Native Americans and the Civil War; I don’t know.

Pro-gun zealots will exploit the fear that the left is coming to take our freedom. They will jump up and down to expose every error the anti-gunners make about the specific gun used, how it was obtained, and about how it is already illegal to have a firearm inside a place that serves alcohol in Florida, so gun bans demonstrably don’t work.

Strident religious groups will be in a hurry to tell us that what happened in Orlando was God’s punishment for the sinful behavior of the club’s clientele.  In fact, one such group, ISIS, took credit for the attack!

Let’s try to unscrew ourselves from the ceiling a bit and put some more context to this storm:

Was it the worst mass-shooting in US history?   Ever hear of Bear River (~250 dead), Sand Creek (up to 163 dead), or Wounded Knee (150 dead)? They were but three of dozens of massacres of Native Americans committed in the 1800s.  How about the various battles of the Civil War (~600,000 dead)? (Granted, some might say those events don’t count because they weren’t “crimes” or terrorist attacks; instead, they were (directly or indirectly) government operations. I think that not only do they count, they exemplify the very reason we must not give up the right to keep and bear arms!)

Surely it was the worst domestic terrorist attack?  Nope. That dubious title goes to the Oklahoma City bombing. (168 dead)

Nor was Orlando the worst nightclub attack; that distinction belongs to the “Happy Land” club arson fire in the Bronx in 1990 (87 dead).

It does look like Orlando might actually be the worst attack on the LBGT community; though there was an attack nearly as bad in 1973: 32 were killed at the “Upstairs Club” arson attack in New Orleans.

To like-minded folk that believe the second amendment is under attack and should not be infringed upon any further:  Yes, the anti-gunners will shamelessly exploit mass shootings.  We don’t need to follow their example and squawk and honk at each inaccuracy or inane statement made while the tape is still around the crime scene and the blood is still on the floor.  Those rounds are largely wasted.  Save them for the letters to the editor and to your politicians.  Let the anti-gunners make their mistakes in the heat of the moment.

As for the religious condemnation: If you believe Jesus was the son of God, then ask yourself: what would Jesus do?  Would he kill homosexuals?  Would he add salt to their wounds after such a tragedy by saying they were killed because they were sinful? Most especially, would he do that just to get attention? If he wouldn’t do those things, it might be wise to follow his example.

If you are a radical Muslim jihadist, I know that nothing I write here will sway you in any way. Even so, I must say it. If you purport to be a devout member of the so-called religion of “peace,” what is peaceful about slaughtering people whose behavior you don’t approve of, either here or in Syria, or Iraq, or the rest of the world where Islam holds sway?

If ISIS was indeed ultimately behind this attack, what have you gained? All you have accomplished is to show your clients and constituents that one jihadi with a gun and a lot of ammo can kill a lot of unarmed people.  And….what? Is this supposed to terrify us? We are not terrified. Is it supposed to gain you recruits?  You’ve caused just as many, or more, to deplore your cause.

We live in an era with instant news and constant competition for our attention. We are in the middle of one of the most contentious election cycles in recent memory. We are in a shooting conflict with ISIS. The Orlando massacre served as a catalyst to energize a storm of bloviating. We can let it die down a bit so we can hear ourselves think before making hasty conclusions.