Most of the issues in the presidential debates are not issues at all but symptoms. How so? Let’s take an example: illegal immigration.

The new incentive is to come to the United States and take part in the bounty of government benefits and handouts that we bestow on a significant portion of our population. Free K-12 education. Subsidized housing.  Free or subsidized medical care. Relatively high paying jobs (even jobs that pay immigrants less than minimum wage under the table may be paying them more than they could get in their own country.) Low risk of being deported.   Even the possibility of voting. Why stay at home and live in absolute poverty, when you can come to America and upgrade to relative poverty and dependence on Uncle Sam?

Could it instead be because government interference and manipulation have incentivized them to outsource, just as it has incentivized illegal immigration? 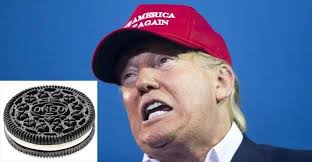 Consider the Oreo case.  Donald Trump vowed last year not to eat Oreos ever again because of reports that Nabisco’s parent company moved 600 jobs from Chicago to Mexico in order to lower labor costs.  What the reports left out of the equation is that the marginal tax rate and a key product ingredient (sugar) are also cheaper in Mexico than in the US.  Think about that.  A company moved 600 jobs to Mexico because operating conditions are more conducive to profitability there than they are here, the original business-friendly nation!

So what is the disease?  Government interference in the market, namely via ham-handed manipulation of incentives.

Government tells companies who to hire (Affirmative Action), how much to pay them (minimum wage), charges payroll taxes, Social Security taxes, and corporate income taxes. Government requires businesses, and many professionals, to have licenses, and it regulates everything. It makes raw materials, parts, and other materials more expensive by applying the same kinds of interference to suppliers and other business partners.  The costs of all of this are either absorbed out of company profits, or passed on to the consumer, and it drives companies to go elsewhere to do business, which kills jobs here.

In effect, our own politicians  drive unskilled and low-skilled jobs out even as they lure unskilled  and low-skilled laborers in! This drives companies to move entire production lines out, or to hire illegal immigrants and pay them under the table.  It puts drag on the entire economy with excessive regulation, excessive taxes, and excessive interference – then the politicians call the companies unpatriotic for wanting to escape.