For too long, the beltway establishment has been driving this country down a two-lane country road that ends at a cliff: tyranny. When the liberals where at the wheel, the conservatives would call the cliff “socialism” and say the Democrats were racing us towards it, while the liberals would say that conservatives were steering us headlong towards the “fascism” cliff when Republicans had the wheel.

It was always the same cliff.

Now the liberals are howling that Trump will stomp on the accelerator, and the “Never Trump” branch of the conservative establishment isn’t sure that he won’t do just that.  Nor am I.

What I am more confident of is that for perhaps only a brief moment, by electing Trump, the passengers have made ALL of the drivers slow down and take notice of the impending danger. Even if Trump turns out to be wise at the wheel, we may be in for a period of painful adjustment. 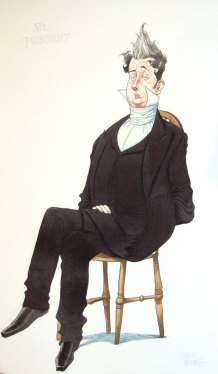 Have you ever been irritated by Pecksniffian pipsqueaks who take any statement that does not absolutely validate or corroborate what they say and allege it means exactly the opposite?

Pipsqueak: We have to raise the minimum wage for the poor. (Sips his latte.)

Host: But won’t that mean there will be fewer jobs?

Pipsqueak: Hate speech! What do you have against poor people?  Are you a one-percenter? I can’t believe we still have troglodytes like you in this country!

Pipsqueak: I have to go. My limo is double parked, and I’m late for therapy. 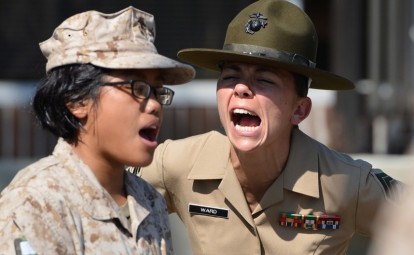 Congress is now considering bills that would make it mandatory for females to register f with Selective Service.  In my opinion, obligatory service of any kind is anathema to freedom.  You cannot protect freedom by taking it away. It is also not very effective to staff a high-tech, professional military with conscripts. It takes an inordinate amount of effort to train, motivate, and discipline people who are potentially there against their will…though it can, and has, been done.

It is far more efficient, effective, and easier to train qualified and self-motivated volunteers.

Wisely, the US stopped the draft in 1973…but unwisely kept the Selective Service, and is now taking a step in the wrong direction, IMO.  Instead of making females register, it should stop requiring anyone to register!

On the other hand, I would be in favor of examining the idea that we stop automatically conferring citizenship by birthright.  The idea that one should have to earn citizenship, with public service being one avenue to that end, has some interesting potential.