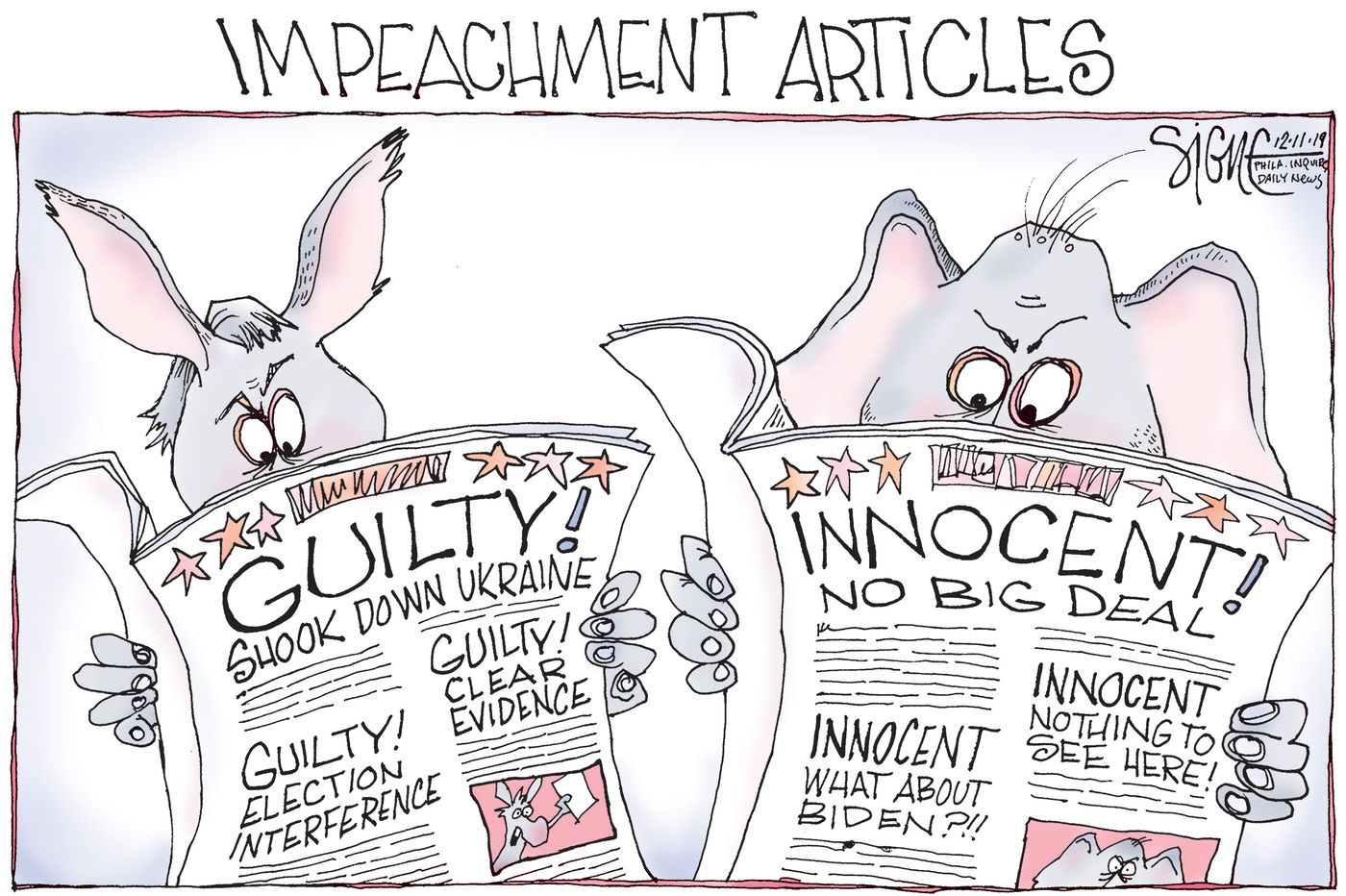 The Senate trial of President Trump is fertile ground for misinformation and disinformation. We can’t fix the politics here, but at least we can examine the battlefield and the likely outcome. While the proceeding is a “trial,” it’s as much political theater as it is a legal hearing. Certainly, it does not operate under the same rules and standards as a criminal trial:

“Do you solemnly swear that in all things appertaining to the trial of the impeachment of Donald John Trump, president of the United States, now pending, you will do impartial justice according to the Constitution and laws, so help you god?”

Jurors for cases in a US District Court take an oath to decide the case “upon the law and the evidence.”

Senators are compelled to “do impartial justice according to the Constitution and laws.”  Note that they are not precisely compelled to actually be impartial about the facts, the evidence, the the defendant, or the allegations, only about doing “justice.” You might think that the distinction is hair-splitting. You might even be right – but meticulous adherence to the exact meaning of words and phrases – hair splitting – is the bread-and-butter of lawyers, no?

So what does that bode for the trial?

The safe bet is that 100 Senators will split into two camps as to what “do impartial justice according to Constitution and laws” means. One camp will see “doing justice to the Constitution and laws” as “requiring strict interpretation of the standards for impeachment,” while the other side will interpret “doing justice” to mean something more along the lines of “disposing of something offensive.”

In other words: All but a handful of Republican Senate Jurors will vote to acquit the president. They will justify their action by asserting the Speaker of the House initiated the impeachment investigation without consent of the full House, which alone has sole authority to conduct impeachment proceedings; and that the House did not follow its own rules during the impeachment investigation, did not provide the president with due process, and failed to even allege the president committed actual, citable violations of US Code, let alone prove he committed impeachable offenses. Meanwhile, all of the Democrat Senators and perhaps the aforementioned handful of Republicans, will vote to convict, justifying that decision with their belief that the president is an offense who deserves to be convicted of something, and that the allegations in the Articles of Impeachment were impeachable and were already adequately “proven” by witness testimony in the House investigation. The votes to convict are highly unlikely to meet the required threshold of 66 (2/3rds of the Senate), so the president is all but sure to be acquitted.