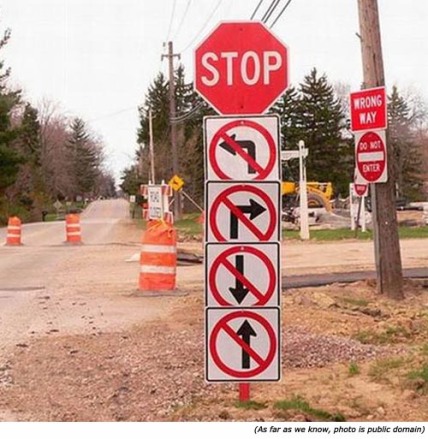 The employers relied on the classical understanding of critical thinking: Objectivity, evidence, logic, reason.  The grads’ understanding of critical thinking tended towards “… opposition to the existing ‘system,’ encompassing political, economic, and social orders, deemed to privilege some and penalize others. In essence, critical thinking is equated with political, economic, and social critique.” Huh. Critical thinking has become “critique-al” thinking. That explains how an ever-growing segment of our population seems to fall for every “feel-good” con for giving up freedom and liberty in the name of “social justice” or “diversity” or “environmentalism” or “wealth redistribution” or any other socialist trap.

You cannot cure poverty by taking wealth from others, because poverty is not only a financial condition, it is also often a mindset.  Consider that most millionaires in this country are entrepreneurs. Most business start-ups fail, and many of the successful entrepreneurs have been “poor” at some point.  They earned, then lost, a fortune and became “poor,” only to earn and keep a bigger fortune by applying what they learned from their original mistakes.  On the flip side, many “poor” people would, given sudden wealth, blow it all on luxuries and trappings, then fall back into poverty when the wealth dried up.

You cannot cure hunger in other parts of the world by decrying food excess here.  Wasted food here cannot change the conditions causing starvation elsewhere.  If you want to cure world hunger, you must first rid humanity of power lust and superstition and territoriality.

You cannot eliminate racism and bigotry and hatred by hating and being racist and bigoted. You cannot end “discrimination” by changing which group is “discriminated” against. You cannot avenge long-dead victims of a crime by punishing the descendants of the long-dead criminals. Change the words “crime” and “criminals” to “oppression” and “oppressors,” and the same truth obtains. (The old adage “fight fire with fire” works…in very few contexts. Fighting injustice with more injustice isn’t one of them.)

You cannot change reality by smuggling new meaning into old worlds. “Unemployment” comes to mind.  The most widely used unemployment figure from the Bureau of Labor Statistics (BLS) has been around 5% for some months (4.7% as of February 2017).  But that number uses a very narrow definition of “unemployed” and a very generous definition of “employed.”  If you are out of work and haven’t been looking for four weeks, you are no longer counted as “unemployed;” you are counted as “out of the labor market.” On the other hand, if you are out of work but exchanged at least one hour of labor for at least $20.00, you are counted as “employed.”  The real unemployment rate, i.e. the number of working-age adults that are not working and earning regular paychecks, is more like 40%!

You cannot build a Utopian health care system that relies on doctors (and other providers) whom you dis-incentivize.  Doctors have spent a lot of time and money to earn their degrees, and they expect to be able to run their practices and make good money.  Take that away from them, and all of a sudden there will be less doctors working and less people going to medical school. The doctors that do stay will be of lower caliber, and the quality of care will diminish greatly.